Dallas is part of the largest fully integrated network of real estate and auction professionals in the nation. The company has been an innovator in real estate marketing since 1925. Our Management team knows the needs of agents in urban and metropolitan markets. We address those needs by providing powerful marketing programs along with technology-based services that are unique to the industry. 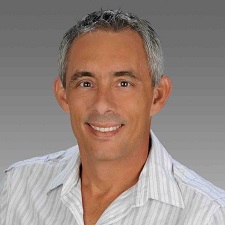 After graduating from high school, Nick Bristow went into the Marine Corps and was assigned to the infantry unit. After weeks of punishing physical and mental screening, he was accepted into the 1st Reconnaissance Battalion and was deployed to Panama in 1984.

After being discharged in 1987 and completing some college, being in the military was his desired career path. He joined the Army and after a brief stint in artillery, applied and was accepted into the U.S. Army Special Operations which required Psychological Operations (PSYOPS) training and Arabic language training. He became the Arabic translator on his Special Op Team for nearly six years.

During this time in the service, he also developed, trained, equipped and deployed operating teams to Africa, in conjunction with the United Nations, for Humanitarian Demining Operations with an area of expertise in the public awareness sector.

His team was also responsible for writing and deploying radio broadcasts for the “Voice of the Gulf” which was transmitted into Iraq. After being injured in the line of duty in 1995 and multiple surgeries, he medically retired from the military.

In 1997, he returned to Dallas and started flipping homes for about 9 years before getting his Real Estate license in 2006. Over the course of 8 years, he grew his real estate team from the bottom up reaching 60,000,000 in sales volume and is currently serving as the Managing Broker at United Real Estate | Dallas.

In addition to his Bachelor’s Degree, he earned a Master’s of Science from Texas A&M in Adult Training and Education which focuses on developing mobile training platforms. 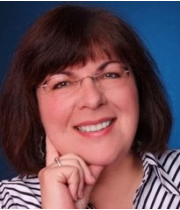 Traute moved to Dallas, Texas in 1984 from her native Germany after successfully completing her BBA. As a Broker Associate for United Real Estate she is offering her services to clients interested in buying or selling residential or commercial real estate, locally and internationally.   Specialties: Residential and Commercial Real Estate Services, Vacation Homes, International Investments, Relocation Services, Destination Management for individual and institutional real estate investors.